Have you ever tried every single beer at a beer festival?

Have you ever tried every single beer at a beer festival and then voted coherently?

Have you ever tried every single beer at a beer festival, voted coherently, tried to go to Jamaica, then watched Jurassic Park, in its entirety, twice?

Earlier this month ICIP and our guest reporter, the outstanding Miranda Heneghan, did.

Now, before you get outraged and blame us for Nigel Farage’s recent smugfest, I should clarify that our voting took place within the safe confines of the British Craft Beer Challenge, five summer days that take the beer festival and shake it up with shots of patriotism.

Spread over five rounds at London Field’s Brewhouse in Hackney, east London, each date pits the best of British craft beer against the best of the rest – Europe, the USA and the Commonwealth. Punters are issued a frighteningly authentic ballot slip (or ballot slips, in one case of BLATANT ELECTORAL FRAUD that we uncovered using our journalistic skills and the power of drunk) and given the chance to vote for the best GB, best “other” and best overall.

Back in May, GB’s North took on the South with a beer menu that’ll make you prouder than toasting England into the final sixteen (says me on Paddy Power), with Magic Rock’s storming Inhuman Canonball claiming it for the Northerners. Still to look forward to are GB vs the USA on 5 July; GB vs the Commonwealth on 9 August and what promises to be a very Grand Finale on 13 September.

Round two – GB vs Europe on 31 May – couldn’t have picked a better news cycle. Anti-Europe party UKIP’s extraordinary victory in the local elections dominated the Saturday papers the very morning that ICIP stuffed ourselves with porridge (the afternoon drinker’s friend) and ambled over to London Field’s Brewhouse, menu in hand. Caught up in a drunken electoral flashback, would be able to stop ourselves scrawling “ANYONE BUT UKIP” on our ballot papers?

ICIP had made a list of the beers we wanted to try, and ICIP never remembers to make a list, so we were disappointed to discover on arrival that a mistake at the printers led to the distribution of the wrong beer list. Nothing kills your buzz at a brewery like discovering the beers you were most excited about aren’t putting in an appearance, particularly when you deliberately arrive at the start to stop this from happening and, in so doing, MISS THE END OF SATURDAY KITCHEN OMFG.

But life goes on, and the brewhouse’s chalkboard reassured us that the beers that were available more than justified our missing The Omelette Challenge just this once. We put our feet up on a sunny bench in the yard (London Fields regulars will know what a treat that was) a mere forward-plummet from where staff were honing their made-to-order pizza skills, and opted for thirds (look, mum! Forward-planning!) of Italian beer to start.

One mouthful of Toccalmato’s delicious Zona Cesarini, a 6.6 per cent Pale Ale, and we wondered if we might as well pack up and go home. ICIP hit hop heaven with this mix of Japanese, American, Australian and New Zealand varieties, every bit as fruity and floral as you’d expect in a beer exploding with passionfruit, banana and marzipan.

Brewfist’s Spaceman (7%) revealed more of what the Italians can do, with a mango-y IPA layered with bitter grapefruit. Italian craft beer is really superb at the moment – ICIP has very fond memories of discovering it for the first time in Rome bar Ma Che Siete Venuti A Fà– and the Challenge’s selection showed that off. Birra del Borgo’s Reale Extra Double IPA was also outstanding – Christmas-rich with sweet fruits that reminded ICIP of Chewits (really!)

More punters trickled in – still quite a gentle crowd for a joint we normally associate with jam-packed summer Saturdays sweated out to gypsy-swing in one of the brewhouse’s inside bars – and a band struck up. We ate some freshly-made pizzas and wondered why half of Hackney hadn’t shown up. 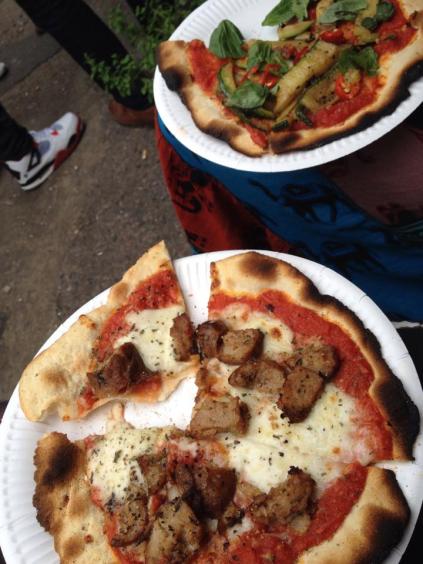 We were having such a good time we decided to do what any good beer writer would do in that situation: try every beer at the festival. It’s what would annoy Farage the most, we agreed. So, while we could still write/read/see, we made a plan, and set to it. 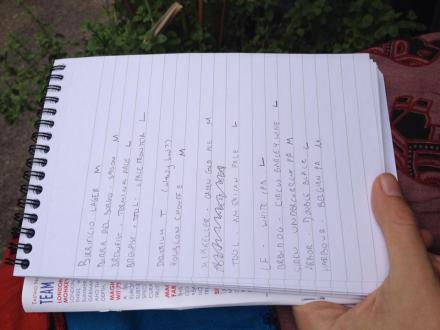 A victim of the mysterious printing accident, we rattled through Germany’s, um, one offering: Paulaner’s Dunkel, a dark wheat beer, which while clean and hazelnut-y felt thin after the Italian flavour-bombs. Fast on to Denmark, then, which regular readers will know Is an ICIP favourite, and offerings from Denmark’s Mikkeller and Tool breweries.

“My tasting notes said ‘nooooooooo’,” of their lambic gueuze collab, Betelgeuze, London Field’s barman tells us. But we rather liked it – Miranda picked out tamarind in the 5.5 per cent brew (tamarind! she can come again!) while Liz settled on sour cherry. It was a good beer to punctuate the super-hopped thirds we had gravitated towards, of which Mikkeler’s Green Gold was a fine example but Tool’s Reparationsbajer left something to be desired.

Team GB fell violently foul of the mysterious printing error, leaving us with a handful of the expected offerings from Arbor, Harbour, Brewdog and London Fields themselves – and some notable omissions (where were you, Kernel? Beaverton? Brew by Numbers?). Playing at home, LF triumphed with their new summer brew, a 5 per cent white IPA called Three Weiss Monkeys, which was full-bodied, creamy and banana-y with tasty white chocolate notes, while Arbor’s Double Black IPA shone with coffee, liquorice, pepper and burnt chocolate. 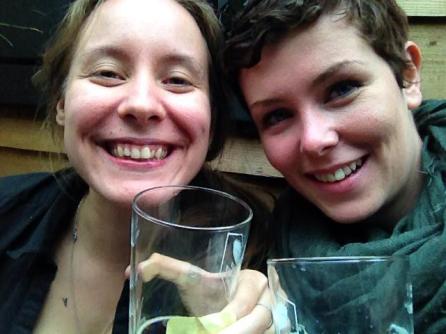 With the reckless abandon of footballers in the 93rd minute (OH YES I DID) ICIP finished the afternoon with the two strongest beers on offer, which was clearly an excellent idea. Boozey, thick and toffee-y, Brewdog’s 10.5% Barley Wine, Shipwrecker Circus, did for Liz in a blaze of glory; while Miranda took on Belgium’s 9% D’Achouffe IPA, by Houblon Chouffe, and won. There are, as you might expect, very few tasting notes for this last pair that make any sense at all.

The Indian state of Kerala (bear with me) prohibits the sale or consumption of alcohol on election days, as Liz discovered to her immense annoyance while there recently. ICIP can now exclusively confirm that this is entirely unnecessary, for after a mere three goes we be-drunkenly managed to successfully cast our ballot. Science! 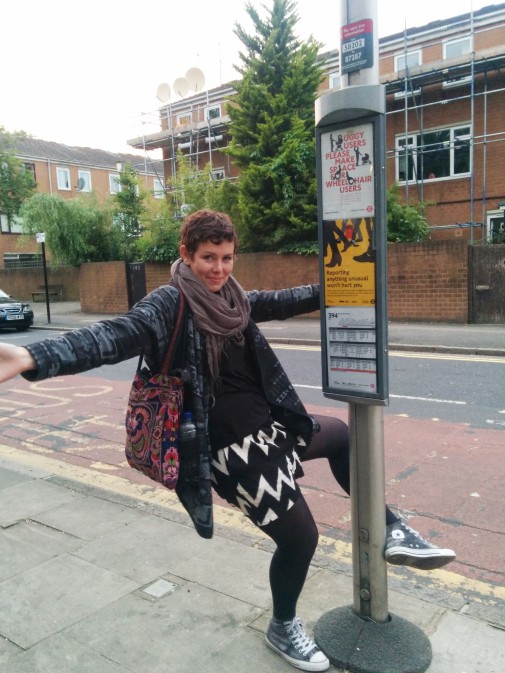 Then we ordered £50-worth of Indian takeaway and watched Jurassic Park twice from beginning to end and passed out. That’s chaos theory.

We stayed glued to the Challenge’s Facebook page until the results were revealed (sadly, minus a Dimbleby and LSD-esque electoral visualisation WE LOVE YOU BBC ELECTION COVERAGE). Brewfist, quite rightly, won for Team Europe with a delicious Grape IPA brewed with Denmark’s Tool,and London Fields stormed to victory for Team GB with Three Weiss Monkeys. There were two winners overall: Tool’s Hibernate – a toasty wheat beer that tasted a bit like honeydew – and, that home advantage again, London Fields.

The Brewhouse wasn’t packed the whole time we were there (from noon until about who-knows-but-from-Facebook-we-can-tell-it-was-still-light-o’clock), which is a mystery to us. Without a doubt, and with printing errors factored in, the Challenge showcased some outstanding beers in a fun new format. And we should know, because we tried all of them. Put the last few rounds in your calendar right now; exercise your democratic right to be snobby about beer; and make sure you arrive early. But please leave us the sunny bench.

1 thought on “The (other) EU election”