As the craft beer boom has gained momentum and the number of new breweries has grown seemingly by the hour, many older, more established breweries have attempted to get in on the act by launching their own speciality brews. It’s hard to think of a more iconic brewer than Guinness, so when ICIP heard that they were launching two new beers as part of their new “Brewers Project”, we had to give them a taste. 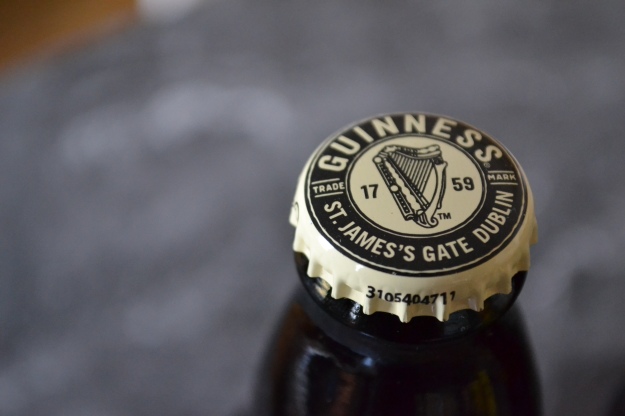 Established in 1759, Guinness has a long history and is arguably the most recognisable beer brand in the world, sold in 150 countries worldwide and selling a staggering 10 million pints of their trademark stout daily. The brewery has recently begun operating a microbrewery at their St James’s Gate site in Dublin in order to allow brewers to “explore new recipes, reinterpret old ones and colaborate freely to bring exciting beers to life”. These new releases are the first brews to make it into mainstream production, and Guinness has chosen to keep it in the family – both beers are porters, and both have roots in Guinness’s long, rich history.

The branding for the beers reflects this historical theme, with a muted colour scheme and vintage fonts that really stand apart from Guinness’s usual minimalist, much more modern lettering and logo. It’s an attractive conceit; these are gorgeous-looking bottles, both very much with their own character.

The first of the beers, Dublin Porter (3.8%) is based on an entry in the Guinness brewers diary from 1796 and is made to recreate a “working man’s beer”, to be enjoyed after a long day at work. The beer pours without much of a head, and what froth it did generate dissipated quickly. We noticed that it was much lighter in colour than the other beer, and, indeed, original Guinness, almost appearing a deep, ruby red when held up to the light.

We didn’t get much on the nose for this one – maybe just a whisper of that familiar toasty, almost acrid porter aroma. The bottle makes a point of emphasising the smoothness of the beer, which is certainly noticable – but as a result it has quite a thin mouthfeel. The slight malty sweetness gives way to a dry, bitter finish but this does not linger. With the low ABV, one can see that this is very much meant as a session beer. 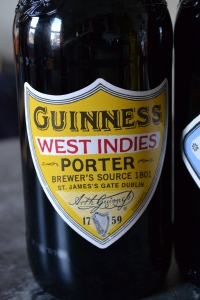 We were much more keen on the second of the beers, West Indies Porter (6%). This was based on a recipe from 1801 which was designed to travel on long sea voyages to the Caribbean and beyond, with a higher hop content to preserve the product.

The beer had a much bigger and longer lasting head, with more lacing in the glass. We got a lot more coffee and chocolate on the nose and found it a lot more full-bodied, with a rich and chewier mouthfeel. We could taste more of that roasted, toffee-like flavour and were left with a lingering, dry coffee aftertaste. The higher ABV and increased hop usage really pays off here in both aroma and flavour.

Arthur Guinness signed a 9,000 year lease on the Dublin brewery in 1759, and the company is keen to point out that they are only 255 years into their tenancy. They promise further innovation as their new project develops, and we look forward to seeing what they cook up next.

Full disclosure – we were sent samples of these beers.