Inspired by Macmillan Cancer Support’s “Sober October” campaign, ICIP has decided to use this opportunity to investigate the world of low- and non-alcoholic beers. If you missed part one, catch it here.

In part two we look at the demand for these products and ask why they are not being better promoted in today’s health-conscious society. 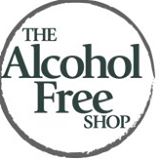 During ICIP’s research, we stumble across The Alcohol-Free Shop, a company based in Manchester selling non-alcoholic beers and wines. Their range is impressive… and international. There are beers from Germany, Spain, Belgium, Portugal and the Czech Republic. They’ve obviously found a bit of a niche market that isn’t being adequately supplied by the likes of Sainsbury’s and Tesco. We asked co-founder Christine Risby where the idea sprang from. “My husband [co-founder John Risby] is a recovering alcoholic. He had stopped drinking for about two years when he was fed up with being offered nothing but cola, lemonade or orange juice. He wanted to enjoy wine with his meals and enjoy a beer without returning to his old ways. We discovered that there were many alcohol-free wines and beers available across Europe but little available in the UK.”

Christine says that interest in alcohol-free options has definitely increased in recent years – and business is obviously doing well, as they were able to open a showroom to accompany the online shop last year. “People are more aware of the dangers of alcohol and more health conscious. A lot of people choose alcohol-free beers based on brand awareness but once they realise there are so many brands that they don’t know, they start experimenting more. Also, people come back from holidays abroad having enjoyed alcohol-free beers that are available in many bars in Germany, France, Holland and Spain and seek them out when they get home.”

ICIP is stunned by the range available at The Alcohol-Free Shop. We hadn’t even considered the possibility that you could make an alcohol-free stout or dark ale like Super Bock or Bernard Free. Does Christine think that supermarkets should be trying harder to offer consumers a bigger range? “People who go to supermarkets aren’t looking for alcohol-free beer,” she points out. ”On occasion they may buy a six pack for a guest who is driving. But every product has to earn its shelf space. If a product doesn’t move quickly, they are likely to drop it. Some supermarkets have tried selling a wider range of alcohol-free beers but have gone back to just one or two brand names. The difference about us is that the people who come to us are looking for alcohol-free drinks whereas most people who visit supermarkets are not.”

We tried to get some information from supermarkets about the demand for alcohol-free options, but had no response from Tesco or Asda. Sainsburys told us they couldn’t give us any figures but offered a statement: “Our 2020 commitment is to double the sales of lighter alcohol wines and reduce the average alcohol content in our own brand beers and wines.  We are certainly seeing a demand from our customers for lighter styles of wine and lower alcohol drinks so we will continue to use our buying and winemaking expertise to ensure we have beers and wines available that do not compromise on taste or quality.”

It could be that we have a bit of a chicken and egg situation whereby demand is not going to increase substantially until a wider range of better quality products are available, but brewers are unlikely to experiment with quality low-alcohol beers if they don’t think they’ll sell. “Anyone who’s tried to buy low-alcohol beer in a pub in Britain will find that often there is only one brand available, it’s not necessarily the one you want,” says Alcohol Concern’s Andrew Misell. “I’ve occasionally wondered what an alcohol-free ale or stout tastes like, because if I want to drink alcohol-free beers I can only find alcohol-free lagers in my local pubs and supermarket. It’s a lot more normal on the continent to buy alcohol-free beer in a pub.”

“In Norway it’s mandatory for all places who sell alcohol to also offer a non-alcoholic beer/wine,” says Terje, 30, when we hit Reddit for some international input. “There’s a zero-tolerance for driving under the influence so it’s expected both by the state and fellow citizens that you stick to non-alcoholic beverages.” Hugh, 37, tells us there is a similar attitude in New Zealand: “The culture of peer pressure around alcohol is slowly changing. There’s a legal requirement for any on-premise licensed venue to carry something under 1%”. Surely this would be an strong first step – requiring all pubs to stock a low-alcohol option?

“Most pubs would say they do offer alcohol-free alternatives because they sell soft drinks such as orange juice and cola but that doesn’t really satisfy people who want a nice beer or glass of wine,” laments Christine. “Also most of their customers want alcohol and they don’t want to take up shelf space with a range of alcohol-free beers. I think pubs need to change their attitude. There’s not enough choice in pubs and staff too often make customers asking for alcohol-free beer feel embarrassed and unwelcome.”

“It’s not something we would say should be mandatory,” Andrew adds. “But for a number of years it has been compulsory under Home Office rules for pubs to provide water and I think that has made a difference. It always used to be a bit embarrassing to go to the bar and say “can I have a pint of water please, but now it is a lot easier.” It’s a start, at least. Now that the craft beer scene has really taken hold of the UK, higher-ABV beers are becoming more popular, and sometimes you need to take a break as a drinker to prevent your evening spiraling into oblivion. ICIP knows it has been grateful for being offered an Erdinger Alkoholfrei somewhere in the murky depths between a 7%+ offering from The Kernel and something evil by Flying Dog before now.

We have also considered the labelling of alcohol. A lot of fuss has been made in the past about including the number of units on alcohol packaging, and in June 2013 it was announced that the government is to roll out a standardised labeling system for food products. But nutritional information on booze is hard to find. “The legal position is that there is an exemption for beers, wines and spirits across the European Union. That is the result of lobbying by the big wine-producing countries who for whatever reason didn’t want that kind of labeling,” says Andrew.

It seems strange, at a time when we’re constantly being reminded that two thirds of the population in the UK is overweight or obese, that we’re not being given the information we need to make informed choices about the liquid calories we consume. “We’ve suggested in the past it should be considered. Consumers don’t understand a great deal about the number of calories in alcohol,” Andrew tells us. “Some drinkers graduate towards white spirits like vodka – they have a lower calorie count because they don’t have the sugars and carbohydrate you get in beer, but you get a much higher alcohol content.” He warns of the potential dangers of this: “People keen to lose weight might be drawn towards spirits, and obviously drinking spirits means you take on a number of units of alcohol quite quickly.” So there’s a risk that if labeling is not supported by the education of drinkers, it could actually lead people to be less responsible about their alcohol consumption – knocking back a few measures of 40% spirits instead of taking their time over a 4% pint.

We tried to ask the Ministry of Health about their views, but the reply was predictably standard: “the Department agrees that alcohol is a major public health issue, and that a comprehensive strategy that covers information, prevention and treatment is essential in tackling it.” They had copy-pasted a swathe of blurb about all the money they have ring-fenced to fund “alcohol services” and “misuse prevention and treatment” but they were very vague about what any of this would entail.

So what’s the future of low-alcohol beer? Brewdog seem keen to continue experimenting: “We’re all about breaking boundaries and trying new things, so I wouldn’t be surprised if you saw us experimenting with some interesting takes on low ABVs for other styles in the future,” says brewer Charlotte Cook. Nøgne Ø seem determined to continue working on their low-alcohol stout, and lower percentage session ales are becoming more popular. Ultimately Christine believes that the best way to make progress is to continue to strive for quality: “It’s much better to show pubs that if they served decent alcohol-free beer then people would drink it.”

In the final installment of our Sober October series we will be taste-testing a selection of low- and non-alcoholic beers.